Don’t Be a Functioning Idiot (by Tammy)

I generally am a good person and I really do try to start my day out with a positive outlook, but it never fails that an idiot ruins it for me. This morning was no exception.

On my way to work today, a car pulled out in front of me while I’m going 45 mph, which caused me to hit my brakes, grab my steering wheel and, of course, scream at him.

I got my answer as to WHY he did something so stupid when he turned off on another street maybe a quarter-mile down the road.

What, did you think I was trying to turn down that road before you?

Did you think I was racing you to that street?

It made me want to follow him, wait for the turn signal in his lane to light up, gun it, go around him and turn on the street before he did. 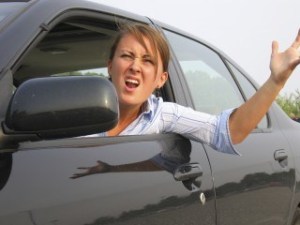 This morning and previous other mornings I yet again had to move over into the opposite lane because a runner or bicyclist was on the road.

Now this isn’t a nice, big two-lane highway with sidewalks, shoulders and turn lanes in the middle.

This is a hilly, curvy, winding country road with NO sidewalks, NO shoulders, NO turn lanes and the speed limit is 45 mph.

So when I top the hill and see your @ss is running on the road, I have to veer off into the other lane, hit my brakes and hope there isn’t another car coming.

How bout this? F’N run on a trail path that is not but 1 mile from this dang road!!

You think they made these trails for dogs?

I’m warning you now, I will hit a b!tch.

Not on purpose, of course, but because you have left me no other choice.

What? Am I supposed to hit the car in the other lane?

Am I supposed to stop completely and let the car behind me hit me?

That’s What Neighborhood Watch is For

Not to mention this specific idiot can’t run for sh!t.

What she is doing barely even counts as running and I worry each day that I might see her dead on the side of the road from a heart attack.

Run in your neighborhood at least so it’s not so damn far to get help!

Must Be Getting Paid by the Hour

If your truck looks like this, I'm not hiring you.

It continued this morning when I turned on 31, which is a 55 mph road with a pretty steep hill that stretches for about ½ a mile.

I fall in the huge line of cars going about 40 mph and spot the cause of the slow traffic. It’s an old beat-up landscaping truck that can barely make it up the hill.

If you can’t even manage to drive 55 mph up the hill and you have a mile-long line of cars behind you it’s time to get a NEW DAMN TRUCK!!

I Know it’s Nice Back There

I can’t forget to mention the f^ck-tard behind me.

Keep it up and you'll get to see my @ss up close.

He was on my @ss the entire time as if I was the cause of the funeral-procession-type crawl up the hill.

You think driving up my @ss is going to make the Beverly Hillbillies truck a mile up the road go any faster??

Sure thing genius, I’ll just hit the car in front of me because he will know that’s a clue to start a chain reaction of everyone hitting the car in front so the Slowpoke Rodriguez truck gets the hint.

Which Way Do I Go Again?

I finally get over the hill and head to light I’m trying to reach when I see yet again a functioning idiot in the turn lane.

That’s not actually true. They weren’t just in the turn lane. No, they were taking up TWO lanes at once.

Van people piss me off.

Still deciding on if you want to turn or not?

You think your stupid-ugly cargo van is so awesome that you can take up both lanes?

So now there is an extra long line at the light because people can’t get in the turn lane OR in the other lane because of this narcissistic van.

That Includes You Too Michael Strahan 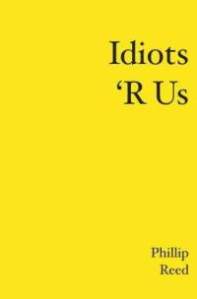 This same traffic light must be the local gathering spot for Idiots R Us because I always encounter drivers who don’t get that they are supposed to CLOSE THE F’N GAP.

I’ll explain for all you functioning idiots out there.

If you have a gap the size of another car or greater, between you and the car in front of you… CLOSE IT!!

I don’t understand why that’s so hard and why people won’t do it.

Are you planning a Chinese Fire Drill get out at some point so you need the room?

Are you trying to be courteous and leaving the space in case another can get between you and the next car?

Don't be a Michael Strahan, close the gap.

Are you afraid because you have stick shift and might roll backwards?

What I do know is that because of your Closeness Phobia people like me can’t get into the turn lane for another FIVE F’N minutes because you think you deserve personal space in a car.

I can only imagine how my drive home will be.

1 Response to Don’t Be a Functioning Idiot (by Tammy)