OK, maybe that’s a little dramatic, but on Sunday The Life of JWo went somewhere it had never gone before and had me as giddy as a schoolgirl. 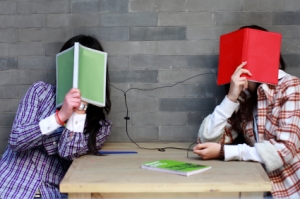 I did more than just “view” it… I swear.

According to the WordPress.com stats, The Life of JWo had 1,318 views on Sunday.

I know some blogs may hit numbers like that on a daily basis, but watching my views climb yesterday had me more excited than a squirrel on a trampoline.

Yes, I know it says “views” which doesn’t mean people actually READ anything but I’m OK with that. Seeing only 27 “reads” wouldn’t be nearly as exciting, especially knowing half of that total is from my immediate family.

Part of the reason my views were so high yesterday was because I whored myself out and send my posts to sites like The Life of JWo Facebook page, reddit.com, digg.com, and linkedin.com.

But I got the most views yesterday from stumbleupon.com (873), partially because I listed my posts under a variety of different tags/topics.

But, truth be told, I got to that total by unscrupulous methods; I put “sex” as one of the tags, which prolly explains why I got 896 views from StumbleUpon that day.

But I did NOT do that yesterday. Promise.

But my biggest surprise was that I got 118 views from Twitter, which was roughly 118 times more than I normally get.

The reason I was “blowing up” on Twitter was because of two people.

The first one was my wife Tammy, because without her crying over having to drop Peyton Manning I wouldn’t have had anything to write about.

Earlier in the day Tammy sent Stephania a tweet saying that she may have taken over “The Curse of Stephania Bell.”

Stephania “earned” her curse because players on her Fantasy Football teams often end up injured.

She joins Matthew Berry and Nate Ravitz on the Fantasy Focus podcast on Tuesday and Friday where they discuss injuries.

If You Want Something Done Right…

Because Stephania had responded back to Tammy (retwitted?), I was trying to get Tammy to send her the link to my story about her crying over Peyton.

Tammy: I’m not going to do that.
Me: C’mon… Why not?
Tammy: Because I don’t want to bother her.
Me: What? It wouldn’t be a bother to her. Besides you two are friends.
Tammy: (laughing) No we aren’t.
Me: Sure you are. You two Twit each other all the time.
Tammy: I’ve send her two things that she’s responded to.
Me: Sounds like friends to me.

Seeing that I wasn’t going to get anywhere with Tammy, I decided to take matters into my own hands and sent Stephania the link myself.

I was sitting at my computer watching my site stats, hitting refresh every few minutes and excitedly updating Tammy.

Me: Hey Tammy, I’m only nine clicks away from breaking my record!!
Tammy: (shaking her head) That’s nice honey.
Me: Now I’m only FOUR clicks away. I can’t believe this!!
Tammy: I can tell.
Me: You aren’t over there clicking on it a bunch of times just to mess with me are you?
Tammy: (shaking her head again) No. I’ve got more important things to do.

When I saw that Stephania responded to my Tweet(?) I nearly wet myself.

I told you she was friends with Tammy.

At this point I was so excited I could hardly sit still.

Me: SEE… I KNEW you were friends with Stephania!!

We’ll be he heading to visit ESPN in Connecticut soon so Tammy and Stephania can catch up.

Me: Hi, we’re here to see Stephania.
Receptionist: Is she expecting you?
Me: No, just tell her it’s Tammy. She’ll know who it is.

4 Responses to My Wacky Record-Breaking Day