We’ve already got the Fashion Police and the Grammar Police and now it appears there’s going to be another type out there… the Pee Police. 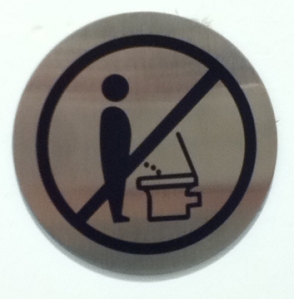 Feet facing the bowl please. (Courtesy of the Vancouver Sun)

Vancouver is currently the test market for the new division, which, if successful, could be rolled out in other parts of Canada and the northeastern United States.

The current job description entails patrolling bathrooms, mainly those deemed “unisex,” that have adopted the ban against peeing standing up.

The Pee Patrol will be looking for, among other things, feet facing the wrong direction.

Due to the sensitivity and concerns over privacy, the new department has gone through rigorous training in an effort to avoid the public backlash.

In an effort to help educate the public, over the next few days the city will be splattered with informational billboards (Urina-all-different place now) and flyers (Sitting to pee, it’s not just for girls anymore; Pee-s sit down even if it’s not brown; Even if it’s yellow take a sit here fine fellow) that depict what is and is not allowed under the ban.

Below is a sneak peek at some of the educational information. 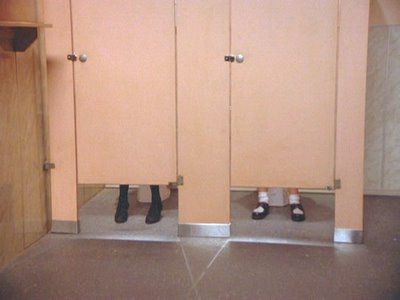 Nothing to see here!! This is perfectly acceptable. 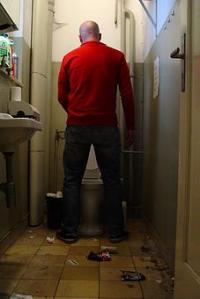 Not good... Better turn and sit before you get in trouble. 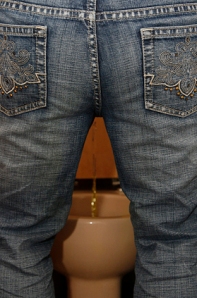 You’ve been warned that this is wrong. 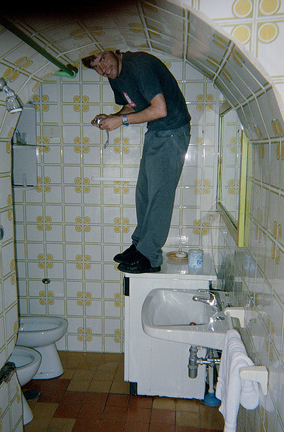 This will definitely get you in trouble with the Pee Police 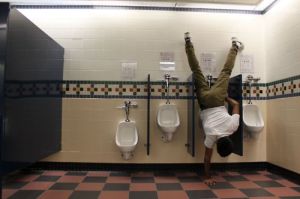 OK show off... Time to feel the force of the PP. 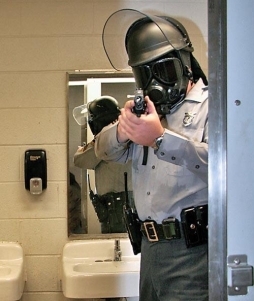 I said turn and sit NOW!! 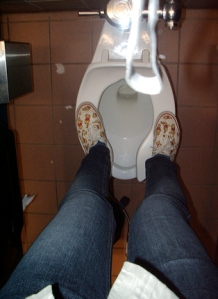 A possible loophole to the ban against standing to pee? 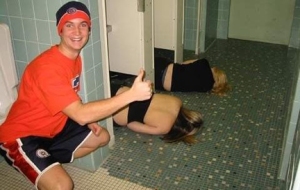 Definitely funny, but not against the ban.