The day started with me waking up a little before 7 a.m. (the time that Tammy wanted us to be on the road) so I leaned over and told her we needed to get moving.

In reality I didn’t set it at all. I was up so late writing my Day 1 Travel Log and was so sleepy when I went to bed that setting the alarm didn’t even register, but I wasn’t about to tell Tammy that. 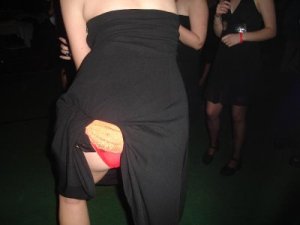 Tammy was showing a LOT more than this.

We quickly got dressed, took our stuff to the car and headed downstairs for the free breakfast buffet then headed back up to the room for a final bathroom break.

Tammy was finished and standing in the bathroom when I noticed that something was wrong but wasn’t about to say anything.

It didn’t take long for her realize her problem and when she fixed it I started laughing.

Me: I wasn’t gonna tell you.
Tammy: I woulda been like, “I feel a breeze.”
Me: That woulda been funny.
Tammy: No it wouldn’t.
Me: Oh yeah it would. I was gonna wait til we got in the lobby and smack it.

She still didn’t see the humor in it like I did.

Barney Fife was on patrol outside Mount Airy, NC.

As we were checking out I noticed there was a card about the town hosting “Mayberry Days” in September, which I thought was totally cool. I loved watching Andy, Barney, Aunt Bee and Opie when I was growing up.

We weren’t more than 10 minutes outside of “Mayberry” when I saw an old police car coming in the opposite direction.

If that wasn’t enough, the signs for the next city really got me excited.

It was Mount Pilot!! I remember Andy always talking about having to go to Mount Pilot and was telling Tammy about it but she didn’t seem to care. Big surprise.

Put a Drank in My Hand

I was listening to Eric Church’s new CD, Chief, as we were driving and was really listening to, and admiring, the lyrics.

Me: I think I could write a song.
Tammy: You prolly could.
Me: But I don’t think I’d ever use words like he does. I would say, “My mind was racing,” instead of “Mind skippin’ like a record machine.”

Me: I really think I could write a song.
Tammy: Why don’t you?
Me: ’cause I’m not drinking. Because listen to his songs, he’s always talking about drinking. If I started drinking more often I could write better.
Tammy: You think so?
Me: Oh yeah. All of the great writers drank. Hemingway, King, all of them (those were the only two I could think of). Drinking helped them write better so I don’t know why it wouldn’t work for me. I gotta start working on that, building up my tolerance and learn to drink the hard stuff, like whiskey. Whiskey is good for writing.
Tammy: Hmmmm….
Me: I prolly could even write a book or something. I wouldn’t mind doing that but I prolly wouldn’t get it published and that would suck.
Tammy: Yeah.
Me: But if i did… You could quit work. People would ask how did Jason become an alcoholic and I’d say, “So Tammy didn’t have to work.”

She just shot me a glance and shook her head.

Not What I Was Thinking

Tammy and Ashlee posing while the dogs watch.

We made it to Ashlee and Billy’s house, played with their dogs and met their roommate. I couldn’t remember his name but did know he was from, which earned him the nickname Wisconsin.

We chatted a while before they loaded up their car and we headed down to where we were staying in North Myrtle Beach.

Tammy had told me that we were going to be there for the “last day of Bike Week” which I didn’t think was going to be a big deal.

I envisioned lots leather, scruffy men (and women) with the loud pipes of Harley Davidson’s popping through the streets.

That’s not what I got.

We nicknamed her “Pinkie” because you could see she had on pink panties.

She was riding on the back of a “crotch rocket” around Myrtle Beach.

I tried to get better pictures, even had Ashlee taking pictures from the backseat, but we didn’t want to make it obvious.

These were two of the t-shirts one of the local beach shops was selling. 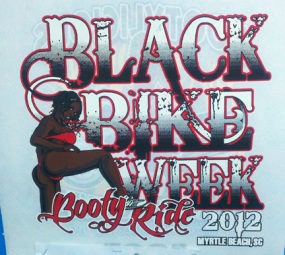 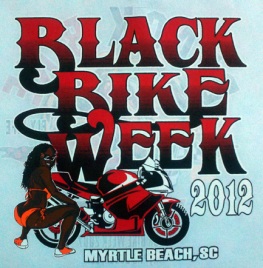 I think we actually saw this girl on the back of one of the bikes.

We went out for dinner to a local seafood buffet and that’s where Billy nearly became a innocent bystander to some Bike Week Buffet Beatdown.

He came back from the bathroom and told us that there were two guys from the “Red and Yellow” crew that were talking.

Apparently they were going to take care of it AFTER they ate because he saw them at the buffet not long after he sat down.

As we were winding down dinner the conversation shifted to some of the anti-smoking commercials Ashlee had heard on the radio.

Ashlee: They had one where a woman said she was going to show people how to eat without a jaw. If she doesn’t have a jaw how does she talk?
Tammy: (moving her jaw up and down) Yeah, I don’t know.
Me: I wouldn’t talk to her if she didn’t have a jaw.
Tammy: You wouldn’t be friends with someone if they didn’t have a jaw?
Me: Nope. It’s one of the things I require in order for me to be your friend.
Tammy: So if someone lost a jaw you wouldn’t be friends with them anymore?
Me: Oh, I’d still be friends because they’d be grandfathered in. I just can’t accept new friends without jaws.
Tammy: What about a finger.
Me: Same rule applies.
Tammy: You’re terrible.

After dinner we headed down to the Broadway at the Beach where we walked around and shopped for a while. I say shopped but it was more like playing and having fun. 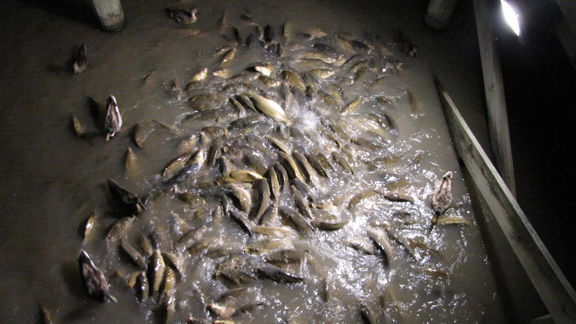 We watched the nasty fish swarm when people fed them. The ducks basically walked on top of them. 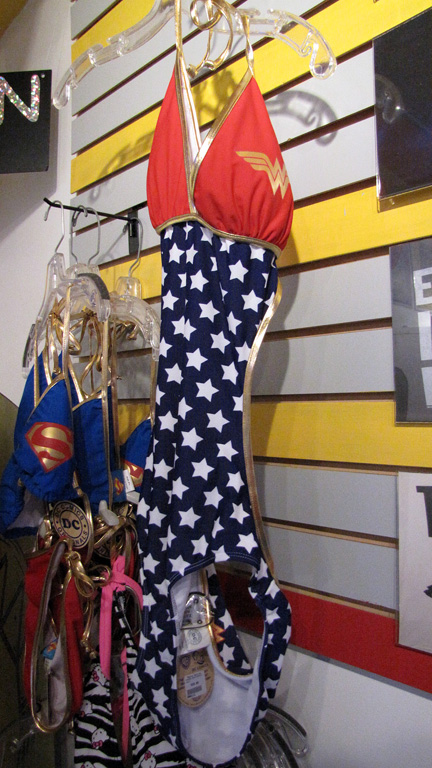 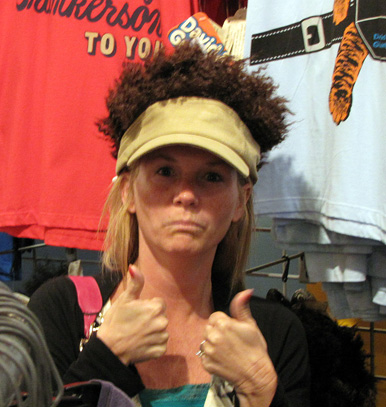 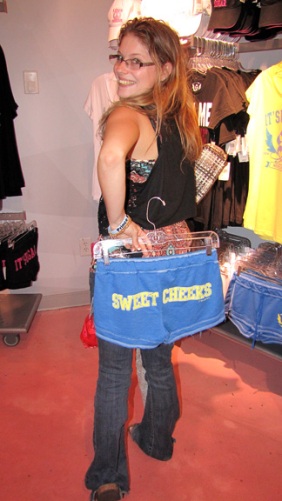 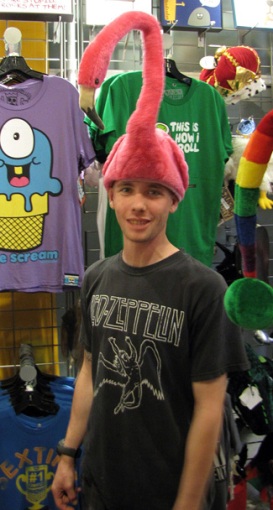 I told Tammy she could only have ONE item from the candy store.

By the end of the day I was exhausted from getting up early, driving and shopping that I got whiny and wanted to go back to the room and finish Day 2.

Hopefully I won’t be as tired on Day 3.

I should have gone here so I could “Rock and Roll All Nite.”