Survival of the Fattest

Depending on where you look, the city where I currently live consistently ranks as one of the fattest cities in the United States.

One website has Memphis ranked as the fourth fattest city, while another site ranks the home of Beale Street as THE fattest city in the country.

Men’s Health magazine gives Memphis an “F,” ranking it as the fifth fattest city, also ranking it as having the 8th most people with the diabeetus.

I can’t even count the number of eating establishments within a 5-mile radius of where we live.

There’s at least five different wing places not named Buffalo Wild Wings (there’s one of those too), there’s four Mexican places (we’ve been to one already), a Starbucks, some place called Cheddar’s, a seafood place and the usual national chain restaurants.

People who know me know I love me some food. My co-workers can attest to my “food drawer” at my desk. I kept it so stocked with goodies that one of the owners of the company once stopped by to see if I had anything good for breakfast. 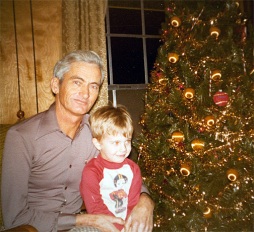 Where I got my love of all things food.

My Dad says I get my love of food from my Pappaw. He said Pappaw used restaurants as landmarks when he was giving directions (I’ve done that too).

I’ve already told myself that I have to “pace myself” in regards to checking out all of the places around us. I’ve even turned down offers to go out for lunch in an attempt to slow down the fattening process.

I felt much better about my decision after what my manager told me yesterday.

I had already told myself that I needed to start running again just to try to keep up with all of the calories that I will, or want to, consume.

That being said, I’m still contemplating creating a new section on my site documenting all of the food places we eat at in or around Memphis.

The thought originally came to me while we were looking for apartments and we stumbled upon an awesome little burger joint, which is actually named, The Burger Joint.

The awesome turkey burger with Gorgonzola and mushrooms in the patty and roasted garlic and Parmesan fries from The Burger Joint.

We also stopped off at The Commissary in Germantown, a suburb of Memphis, because it’s a Tammy tradition that we have to get BBQ when we are in the South.

Keeping with tradition at The Commissary.

We found out after the fact that The Commissary has homemade potato chips that are sposed to be really good. Sounds like we’ll have to make another trip.

We’ve even got friends coming down for the Memphis in May World Championship BBQ contest.

I love going out to eat, trying new dishes and new places. But despite all of the food temptation islands that surround me, what really has me worried about catching the diabeetus and wanting to start running is stuff like this…

This is a huge container of banana puddin’ that was at my Mom’s house.

This was full when we rolled into town. About 90% of the banana puddin’ that is missing made its way into my belly.

I’m going to visit my Mom this weekend (Tammy’s going back to Illinois to visit, clean and wrap things up) and I’m hoping doesn’t have another container of this because I don’t need the diabeetus right now.

But then again it could be my motivation to actually start running again, otherwise I’ll just become another fatty Memphis statistic.

5 Responses to Survival of the Fattest