Ready to Get My Battle(Dish) on in Memphis

Somebody pinch me because I have to be dreaming.

I thought I had reached the pinnacle of my love of all things food when I was asked to be a judge at this Sunday’s Best Memphis Burger Fest.

So I couldn’t help but think I was dreaming when I got a direct message on Twitter Wednesday asking me to be a judge in another food competition in Memphis.

For a brief second I thought it was a joke, but I’ve seen a lot of the Memphis Dishcrawl events advertised, including Battledish: Memphis, and hoped it might be real.

It took everything I had to contain all of my excitement — I didn’t think my coworkers would appreciate me jumping up and down while flailing my hands around like I had done when asked to judge Burger Fest.

It felt like the room was spinning as I nervously responded.

What followed was an email correspondence with the “Memphis Dishcrawl Ambassador,” that ended with me committing to be a judge for Battledish: Memphis.

Battledish is the world’s biggest chef competition taking place in cities around the world. Local chefs compete by presenting their creations and having the public cast their vote on who will be crowned King. Check out the latest battlegrounds and competitions at http://battledish.com.

Six chefs have been chosen to compete in Battledish: Memphis this October in conjunction with the 60 other chefs competing in North America for King of Battledish.

Saturday, October 5th, from 2 p.m. – 6 p.m., the competition grounds of Downtown Memphis are open to the public. Foodies are invited to vote with their taste buds and try all six chef creations.

Chefs will be creating smaller versions of their dishes priced at $5 each. Drink pairings are also available at $5. Can you dish and drink with all six chefs in four hours?

Battledish: Memphis is a unique experience on a many levels and I’m already looking forward to trying some of the chef’s dishes, and of course the cocktails.

Some of the creations have already been revealed and it’s definitely going to be a different cuisine than what I’m used to, but that’s also what I’m thrilled about.

Pairing those with cocktails like “Muddled Mango Mojito,” “Cranberry Lemongrass Martini,” “Trishalicious,” and “Memphis Juice,” is going to have my mouth and head not knowing what hit them.

I’ve never met anyone as passionate about food as you.
– My Boss

I Have My Own Code

As the reality of what I was going to be a part of was setting in, I received another email from The Ambassador.

She gave me a Promotional Code to share with my blog readers, family and friends. Enter “JWo” when checking out and you’ll receive $10 off the ticket price. There are only 39 tickets available, so get yours and use me to save a few bucks.

Teaser Package: 6 Chef Dishes: $40 Try six dishes (or drinks) with this package! (6 tickets valued at $5 each for food and/or drink). Includes Admission.

Gourmand: Chef Dishes and Drinks at all 6 Restaurants: $65 Get your belly full by trying the full collection of dishes and drinks from all six chefs with this package! (12 tickets valued at $5 each for food and/or drink) Includes Admission. 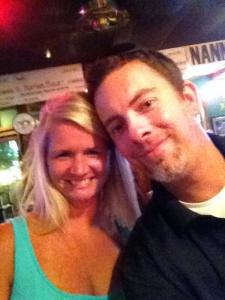 I’m pretty sure this is what rock stars feel, right? I mean I have my own code and everything!!

But don’t worry, I won’t get the Big Head. Tammy says my head can’t get any bigger (it’s already almost twice the size of hers).

Seriously though, I’m so flattered to have been chosen to help crown the Battledish: Memphis champion.

As much as I love food, never in my wildest dreams would I have ever thought I’d be getting to do things like this.