This morning as I was driving to work former Detroit Piston, Isiah Thomas, came on the Mike & Mike radio show to talk about him becoming part owner and president of the New York Liberty of the WNBA.

Mike & Mike started the interview, but I wasn’t able to pay very much attention, as my mind kept thinking about one thing.

“How much money would I have to have
for me to be willing
to invest in a WNBA franchise.”

I thought about it for the rest of the drive to work and when I got in I sent Tammy an IM about it. Her response kind of shocked me.

Me: Isiah Thomas was on Mike & Mike because he’s now part owner and president of the WNBA New York Liberty. All I could think about was how much money would I have to have for me to be willing to be part owner of a WNBA team? Even if we had $200 million and all they wanted was $2 million, I couldn’t do it. It’d be like putting that money on the ground and setting it on fire and walking away. I’d rather buy 3 houses on the beach than invest in the WNBA.
Tammy: mean
Me: Troof.

Before I continue, I want to say that I have nothing against women’s basketball, college or professional – besides not wanting to own a team. Those women are very talented and athletic. I know they could shoot me out of the gym on their worst day.

The only times I really even watch men’s basketball is during March Madness and the NBA Playoffs. The WBNA never even comes close to being on my sports radar, so being a part owner of a team isn’t something I’d ever consider.

Tammy on the other hand…

Her response totally caught me off guard.

Me: Pssshhhh… I would.  I’d rather have a restaurant or a bar. (after thinking about if for a few minutes) Both of those would actually be more work, so maybe just 3 houses on the beach would be better.
Tammy: If some team needed help I would help.

At this point I couldn’t believe what I was hearing from her.

This is the woman who goes straight to the clearance racks when clothes shopping, didn’t want me to spend money on a basketball net, and doesn’t want me to turn on the AC when it’s almost 90 outside.

Me: (mouth open from shock as I typed) That’s even worse!! That’s DEFINITELY like putting your money on the ground and watching it burn.

Tammy: Whatever, now I want to buy a WNBA team, a soccer team, and a shuffleboard team just to annoy you.
Me: (laughing) I’d let you as long as I get to buy our matching Trans Ams. 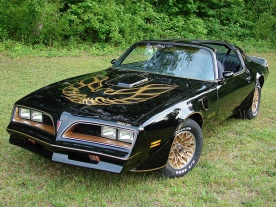 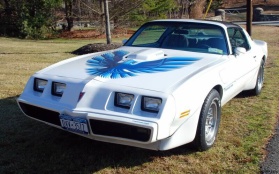 I’m guessing this will be another reason why Tammy doesn’t want me to win the lottery.